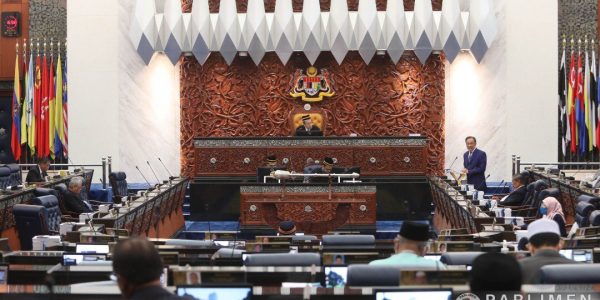 Govt defeat in Parliament set to be new norm

Yesterday, a motion to remove Mohamad Ariff Md Yusof as Dewan Rakyat speaker was voted through 111 to 109.

According to the rough count, 113 MPs support Prime Minister Muhyiddin Yassin, while the opposition bloc has 109 lawmakers – a difference of only four seats.

The current Parliament session will see increased attendance by MPs, especially those who are cabinet members, to ensure the government does not lose when votes are called. Opposition parliamentarians must also be present to put pressure on the government’s motions.

This is a critical situation for the Perikatan Nasional government. Till when will it survive with such a slim majority? Will it face a series of defeats in the House?

When a government with such a small majority is formed, parliamentary institutions indirectly become stronger and more effective. The PN administration is not only facing challenges from the opposition, but also the test of ensuring its backbenchers support its proposals.

Most likely, government backbenchers will “rebel” against PN’s proposals given the pact’s internal politics, especially when it comes to seat distribution between Bersatu and Umno, and its prime minister candidate should snap elections be called.

In the modern era, the government’s defeat in Parliament is a normal thing. The UK minority government led by former prime minister Theresa May suffered 33 defeats in the House of Commons in the span of two years. In Australia, Scott Morrison’s administration failed to amend the Home Affairs Legislation Amendment (Miscellaneous Measures) Bill 2018 – the first time the Australian government has suffered a defeat in Parliament since 1929. Will this be a new normal in Malaysia, too?

So far, Putrajaya has never lost when bringing a motion or amendment in the Dewan Rakyat. However, both the Barisan Nasional and Pakatan Harapan governments did see a number of proposals almost defeated.

On November 20, 2017, the Domestic Trade, Cooperatives and Consumerism Ministry’s supply bill for Budget 2018 was almost defeated, scraping through 52 to 51. On November 26 last year, the Women, Family and Community Development Ministry’s supply bill for Budget 2019, too, was narrowly rejected, with 32 votes in favour and 28 against. On September 12, 2018, the PH government failed to repeal the Anti-Fake News Act when 28 senators voted against the bill and 21 voted in favour.

The pressure from the opposition helped the BN and PH administrations become more responsible for Parliament in challenging times. PN, meanwhile, risks losing in the House if it is unable to secure strong support.

Seeing the government defeated in Parliament would be something new, as since the 2008 elections, healthy competition has made it difficult to form an administration with a two-thirds majority.

Like it or not, a government like PN needs the support of opposition MPs to ensure its motions are approved. This reduces the risk of defeat if a PN lawmaker rejects the said motions.

PN cannot rely on old methods if it wants to win debates and see motions voted through. It needs to employ the concept of co-governing between the legislative and executive to ensure stability. The cabinet should grant space for MPs to cooperate with one another in the process of formulating policies through parliamentary institutions such as select committees.

This method will provide an opportunity for opposition and backbencher MPs to be involved in policymaking and amending government bills. It is also a way for the government to win support in Parliament despite its slim majority. In fact, the concept of co-governing will be important going forward, as it is nearly impossible to get a two-thirds majority anymore due to the intense competition.

In the context of the PN government, co-governing will help it achieve stability in Parliament, provided that MPs trust the institution to effectively provide checks and balances. But looking at the recent proceedings, there are hints that PN will sideline Parliament’s role.

Unless there is political will and maturity to become a true “people first” government, it will be some time before PN adopts the co-governing approach.