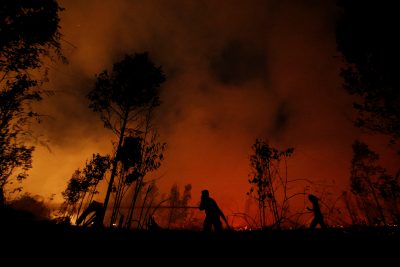 From pandemics to the climate crisis

There is a growing need for governments to balance economic needs and environmental concerns. An important lesson of COVID-19 is the need to coordinate mitigation and response frameworks to tackle issues that ultimately transcend national interests.

An example of such coordination is the similarity in policies used by governments around the world to stop the spread of COVID-19. The best practices, when a virus like COVID-19 is already globally prevalent, require governments to act uniformly so that they can curtail the virus everywhere it festers. Commitment to flattening the epidemiological curve through physical distancing, self-isolation and mass testing is imperative within individual countries, while travel restrictions should be used to limit cross-border transmission.

COVID-19 is a quintessential collective action problem where inaction on the part of one nation can create adverse consequences across the world. Acting in concert will minimise societal costs.

Global coordination can also ensure that scarce resources — like ventilators, testing kits and face masks — are allocated efficiently. Examples include the recent donations of medical supplies by Chinese institutions and companies to countries facing mass outbreaks. Such actions are mutually beneficial — only through the widespread eradication of COVID-19 can we limit its potential re-emergence.

Similarly, the widespread curtailment of greenhouse gases (GHGs) also creates mutual benefits. It is another collective action problem where inaction on the part of one nation can create adverse consequences around the world — even if these consequences are unevenly distributed.

We should seek to build a more cohesive, multilateral world beyond COVID-19 and let the lessons of this crisis inform our need to begin building a global consensus to solve the granddaddy of all existential threats — climate change.

The Paris Agreement achieved much in terms of diplomacy, symbolism and capacity building. But agreement on carbon pricing commitments — as well as mechanisms through which national climate commitments may be better enforced — were conspicuously absent. These are two avenues through which we can build a global consensus to alleviate climate change.

The carbon taxes or emissions trading schemes now in place in over 70 national and subnational jurisdictions are the beginning of the long process of addressing the core market failure contributing to climate change. It is imperative that this process is continued at the now-postponed COP26 in Glasgow in 2021. The endgame of a single global carbon price is one long-promoted by economists as the most efficient way to internalise the externality costs of GHG emissions globally.

Coming to any agreement on a single pricing mechanism will be fraught with challenges. The most significant involves persuading less-developed nations with less cumulative responsibility for today’s atmospheric concentration of GHGs to adopt carbon prices equivalent to those of richer countries, who have until today benefitted from the unfettered use of fossil fuels. This need not present a stumbling block.

Agreeing on a comprehensive and generous system of compensatory cash and technology transfers from rich to poor nations would go a long way in supporting the transition to low-carbon economic growth across the developing world. Such transfers can be made conditional on the adoption of carbon pricing, which will also create domestic environmental, health and fiscal benefits from reduced air pollution and increased revenue generation.

Carbon revenues can be used to fund compensation for the economically disadvantaged and allow governments to reduce distortionary taxes on individual and corporate income, among many other revenue-recycling options. All these benefits in turn support the domestic political palatability of carbon pricing.

In the same way that uniform policies can contribute to the efficient curtailment of COVID-19 in our globalised world, steps in this direction can slow carbon emissions growth on a global level. This will consume tremendous amounts of political capital and time, so it is important to get moving as soon as possible.

In the short-run, we should place emphasis on a regional carbon pricing framework. In Asia, measures are already in place in China, Japan, Singapore and South Korea, and are under consideration in Thailand and Vietnam. As a first step, efforts should be made to convince other major regional emitters — including India, Indonesia and Malaysia — to join in. A twin strategy of encouraging domestic adoption of carbon pricing alongside diplomatic efforts to produce a regional (and eventually global) policy will ensure that over time, the costs of the greenhouse gas externality are internalised to a greater degree.

The creation of an authority with the ability to enforce climate commitments across countries should also be on the agenda. At present, this lack of enforcement is a key reason many nations are struggling to meet their Paris pledges.

The solution may be to establish a climate equivalent of the World Trade Organization. For a so-called International Climate Authority (ICA) to function effectively there must be a deferment of authority to the ICA on matters pertaining to the climate. The ICA could take either a carrot or stick approach to its duties — or a combination of both.

It could extend aid to less-developed countries requiring assistance to meet their targets or who seek to utilise carbon pricing to reach these targets. It could also deny it to those whose policies go against the ideal of collective climate action. In acting as the guardian of the global commons, the ICA could help overcome the international free-rider problem and eventually oversee and support a future global carbon pricing mechanism.

Failure to make progress towards an international carbon pricing scheme will leave the global community ill-prepared to cope with rising temperatures and the sea of disproportionate consequences it will create. We cannot let myopia cloud possibly the most universal of lessons of COVID-19 — that to solve global issues we need pre-emptive global action.