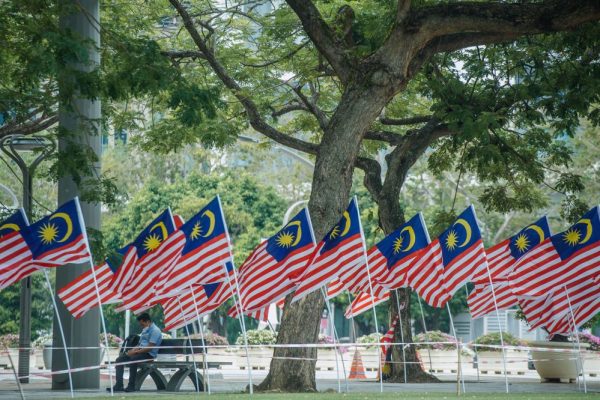 From apathy to activism: How Covid-19 made Malaysia’s Gen Z political

Just two years ago, Raja Rajeswary, 20 at the time, cared little for politics. Like most of her peers, she had her eyes set on scoring good grades to land a high-paying corporate job.

After Covid-19 plunged the country into crisis, however, a sense of anger jolted her. Rajeswary said she could no longer be indifferent to the suffering wrought by the coronavirus. She sought answers, only to find political leaders too busy squabbling for power. It fed into her anger.

“As a graduate I was very focused on getting good grades and landing a good corporate job, (but) this pandemic has definitely highlighted the struggles of Malaysians from all walks of life,” she told Malay Mail.

This sense of indignation is shared by many of Rajeswary’s friends, among them, Tan Xu Yin, also 22.

Currently a second-year law student, Tan was among the thousands of youths who thronged the streets of the capital city in late July to protest against what they felt to be the government’s inadequate response to the pandemic.

“I joined Lawan because I love my country. It has been one-and-half years since the first movement control order hit the country, the government has actually displayed what I believe, is blatant incompetence, plunging the rakyat into abject misery today,” she said.

“The politicians were politicking like there is no tomorrow while we hit more than a million positive cases in total and as of today. More than 16,000 people have lost their lives to Covid-19 when it could have been prevented if the government were doing their job.”

The Lawan protest, a youth-led decentralised campaign shaped from beneath the ruins of Covid-19, may have been the defining movement that sparked a political awakening for an otherwise indifferent generation.

Like the millennials (those born from 1981 to 1996) before them, members of “Generation Z” (born 1997 onwards) were thought to be mostly apolitical.

A Merdeka Center poll that surveyed youth perception released in May suggested up to 70 per cent of young people were uninterested in information related to politics, 66 per cent felt politicians care little about public interest, and 78 per cent saying politics and government seemed “beyond their grasp.”

The findings mirrored the same assumptions about millennial voters prior to the 2018 general election. Yet analysts who studied voting data shortly after found it was that very same bloc that helped give the then opposition coalition Pakatan Harapan a stunning victory and ended six decades of Barisan Nasional rule.

If financial scandals and corruption of the last decade made indifferent millennials and “Gen Zs” more politically aware, activists and analysts now feel the pandemic has likely supercharged it.

That may explain why campaigns launched as a response to the public health crisis like Lawan, or community-based humanitarian efforts like #benderaputih, #kitajagakita or the strike by mostly young contract medical workers saw massive involvement or support from youths.

Qyira Yusri, one of the Lawan campaign’s chief organisers, said the July 31 protest was attended by at least 2,000 people who were predominantly youths, an impressive turnout considering the rally was held when the Klang Valley was under a strict lockdown and mass gatherings were deemed a direct violation of the law.

Qyira believed the Lawan protest reflected a growing sense of disquiet among a new set of younger people who have grown frustrated with political leaders and how they have handled the Covid-19 crisis.

“I’m not sure how to quantify (if the pandemic’s effects could have pushed more youths to be vocal and join platforms like Lawan) but it has definitely exposed the failures and the gap in our government’s intervention in dealing with the crisis,” the activist said.

“We are so caught off guard about the gap in our healthcare system, our education system being exposed in a very obvious and painful manner. So I think young people are not immune to that,” she added.

“They’re not able to ignore that so that’s why I think (why) we see more young people speaking out especially about these issues.”

Factors that triggered this newfound political awareness among the Gen Z vary, reflecting the highly diverse backgrounds and views that encapsulate this young cohort

Xu Yin, for example, suffered mental breakdowns while her family members either died from the coronavirus disease or were laid off as the Covid-19 crisis hit businesses hard.

Rajeswary, meanwhile, struggled to find a job after she graduated last year, when studying was also made hard by the closure of schools and colleges, and inconsistencies in standard operating procedures around education.

“I was the student council president in my university last year — the switch to online learning, the unclear SOPs with regards to university closures and interstate travel — all of it definitely impacted my fellow university students,” she said.

How their generation responded to the pandemic also differed in terms of how involved they became. Xu Yin, for example, attended the July 31 protest despite fear of reprisal but Rajeswary did not.

But while their methods and beliefs differ, there was consensus between them that the Covid-19 crisis and how the government responded had disenfranchised them, and eventually forced them to be more politically aware and involved.

Iskandar Fareez, researcher and communications director at think tank Refsa, believed social media could have precipitated the political awakening among Gen Z just like it did the millenials.

“We see democratisation processes in other countries, how the youth segment out there participate in their own democracy, that became like a template and a source of inspiration here for youths to emulate,” he said.

“So they start to ask themselves ‘If they can do it, why can’t we?’ I think that’s the new disruptor of the world, internet technology. Ideas are not a vacuum, it feeds others.”

Millennials and Gen Z now account for at least half of the country’s 29.7 million population based on the latest census, and nearly all of them will be eligible to vote in the 15th general election that must be called by 2023, making them the largest voting bloc.

The power they wield has already nudged many political parties to rethink their strategies and rejuvenate, training and filling in younger faces hoping to woo the two cohorts of voters.

To what extent that would work remains to be seen, given several polls have found millennials and Gen Z voters to be highly suspicious of existing political parties from both sides.

Analysts said the youth-oriented party Malaysian United Democratic Alliance or Muda (literally young in Bahasa Melayu) was arguably born out of this disillusionment.

One of its co-founders, Amir Abdul Hadi, said the inspiration to establish Muda came from the youth political awakening that traced back even to the pre-pandemic period. Still, he felt Covid-19, and the power grabthat fell the elected PH government had fueled a yearning for an alternative to the two-bloc system.

“The Sheraton Move and the pandemic management were major catalysts that pushed and alienated most young people away from (established) political parties,” he said.

“All political parties, be it in the government or Opposition, must undergo a rejuvenation process or they will be punished at the elections.”

For political pundits and party strategists, predicting the values and ideologies that are fueling Generation Z’s political outlook has been difficult not only because of their sheer size, but also by the fact that many of them would be voting for their first time.

But surveys in the past may provide some hints. The same Merdeka Center poll’s finding suggested that the two generations are far more likely to believe in inclusiveness, and reject ethnic politics often favoured by the generations of voters that predate them.

This has given rise to views that a third political force could emerge, and pave the way for parties outside the two main blocs to shine by pushing for new and more radical ideas that appeal to a more idealistic demographic, according to Gandipan Nantha Gopalan, a youth leader from the Socialist Party of Malaysia.

“I think existing political parties have good support but to have genuine change we can’t depend on those parties,” he said, noting that the main opposition bloc, PH, itself were divided about Lawan or less supportive of the strike by young contract doctors.

“A third force with the marhaen people as vanguard that uphold pro-people policies and are genuinely opposed to the status quo can bring real change.”