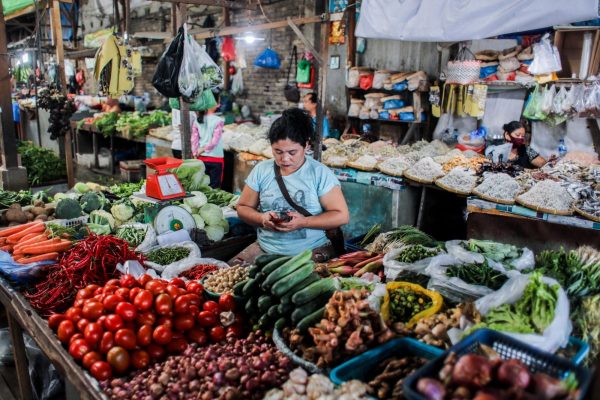 Malaysia’s political instability may be nudging foreign investors, especially tech giants, towards neighbouring Indonesia, where clear regulations and a thriving start-up ecosystem are giving it an edge in the race to dominate Southeast Asia’s burgeoning digital economy, analysts say.

Over the past decade, Indonesia has pulled in billions in foreign direct investment (FDI), including from Amazon and Google, and the country of 270 million people is set to grow further with an abundant workforce and a well-educated middle class to power its growth.

While Malaysia remains among the most competitive nations in Southeast Asia, Indonesia’s growth is prompting concerns by some analysts that the country will get left behind amid its political woes, which has resulted in three prime ministers installed since the 2018 general election.

“Political uncertainty is a bigger deterrent to investments than corruption, because it creates an uncertain environment where it is more difficult to take decisions,” said economist Carmelo Ferlito, chief executive of the Centre for Market Education.

Dr Thanussha Francis Xavier, vice-president of the Malaysian United Democratic Alliance, a new youth-centric party, said the enduring political feuding had been a cause of concern for the country’s young people, who want the government to invest in them and frame progressive policies.

“It is worrying for young Malaysians – all Malaysians, truthfully – because there is endless political instability and bickering, and little focus on developing our nation,” Thanussha said. “Our neighbour’s advancement proves that if only our leaders were as invested in our country, we too could be developing at a rapid pace.”

As Indonesia seeks to position itself as a production hub for the region and international markets, it is “potentially diverting capital investments away from Malaysia” amid an improving investment climate and growth potential in the archipelago, said Sunway University economics professor Yeah Kim Leng.

“Over the past decade, Indonesia has attracted larger inwards FDI, in absolute terms, than Malaysia every year except in 2016. This is not surprising given its larger size … over three times in GDP and eight times in population,” Yeah said.

With a per capita income of around two-and-a-half-times that of Indonesia, Malaysia still “remains attractive to investors seeking markets with higher purchasing power as well as higher global ranking in competitiveness and ease of doing business”.

“However, these advantages remain insufficient to arrest the country’s declining trend in FDI inflows in part due to stalled structural and institutional reforms and a slew of mega-financial scandals,” he said.

Malaysia’s decline in investments has cast a shadow over its 4th Industrial Revolution (4IR) goals that aim to turbocharge the digital economy.

The country is “losing out on critical foreign investments” in the sector, especially in cloud services and data management, said Rais Hussin, president and CEO of Emir Research, a Kuala Lumpur-based independent think tank.

Amazon Web Services has committed to investing US$5 billion in Indonesia over the next 15 years, including in its Asia-Pacific data centre in Jakarta. In 2020, Google, Microsoft, Facebook and PayPal pumped a total of US$1 billion into the country’s tech sector.

“Indonesia has the second-most number of data centres in Asean after Singapore,” said Rais, the ex-chairman of Malaysia Digital Economy Corp, the government agency overseeing the country’s digital economy, adding that Jakarta had 62 data centres compared to Kuala Lumpur’s 44.

Indonesia also hosts five data centres belonging to Equinix, a major US digital infrastructure company, while Malaysia has none.

According to the market intelligence firm CB Insights, Rais said Indonesia five years ago had no unicorns – start-ups valued at more than US$1 billion – but was now home to six such firms and ranks No 2 in Southeast Asia, behind Singapore which has 12.

“While Malaysia thus far only has one unicorn, even Thailand and Vietnam have two unicorns each,” he said.

“His leadership has been extraordinary,” Rais said.

Malaysia, on the other hand, has witnessed a change of guard in quicker intervals – leading to policy changes that have dampened investor confidence. “These policy reversals and inconsistencies have complicated the situation for the local companies and foreign investors,” he said.

One example of Malaysia backtracking on policy was the move to revoke operational exemptions for foreign ships involved in submarine cable repairs in the country’s waters.

In 2020, the government of former prime minister Muhyiddin Yassin overturned the privilege that resulted in Facebook and Google re-routing their jointly-developed submarine cable to bypass Malaysia.

The 12,000km cable system – named Apricot – will connect Singapore, Indonesia and the Philippines with Taiwan, Guam and Japan.

“Facebook and Google’s bypassing of Malaysia via the Apricot submarine cable project is expected to cost us about 12 to 15 billion ringgit (US$3.7 billion) loss of potential FDI,” Rais said.

Race not over yet

Some observers say it is not all doom and gloom for the Malaysian economy, however.

Jaideep Singh, a researcher at the Research For Social Advancement (Refsa) think tank in Kuala Lumpur, called reports of a fast-growing Indonesia leaving its neighbour in the dust “exaggerated”.

“Some may point to Indonesia’s higher economic growth rates as evidence that Malaysia will soon be left behind. However, it is important to remember to frame this growth in the context of base effects,” Singh said, adding Jakarta would take about 50 years to catch up with Kuala Lumpur based on current trends.

Malaysia ranks 12th in the World Bank’s Ease of Doing Business Index in terms of the simplicity of business regulations. It is also in the top 10 in dealing with construction permits and protecting minority investors though lags behind in the time taken to start a business. Indonesia comes 73rd in the same index, with contract enforcement a particular challenge.

Economist Carmelo Ferlito said Malaysia was still a business-friendly nation compared with Indonesia, but flagged that its “very favourable ecosystem” had been deteriorating over the past few years. In the meantime, Indonesia and Vietnam – previously seen as difficult investment destinations – had worked hard to improve their game.

“The trend is somehow irreversible and will help Indonesia and Vietnam play a greater role in the region,” Ferlito said. “The current Malaysian government seems to be more aware of the fact that mistakes were made and is doing something to reverse the path.”

While Malaysia may not be the leading destination for FDIs in the future, “it can still play a certain role”, he said.

Refsa’s Singh said Indonesia’s growth was a reminder that Malaysia needed to diversify its industrial sector and focus on improving value addition.

For many years, the country’s industrial policy focused on limited value-added activities such as component assembly and other forms of labour-intensive manufacturing.

“This is because Malaysia did not face much regional competition in the late 20th century in this area,” Singh said.

“But now that Indonesia has improved its investment environment … Malaysia can no longer rely on low-skilled activities to shore up its industrial sector.”

It must devote resources to enhance home-grown firms’ R&D and capacity building knowledge to eventually make them compete with established MNCs, he added.