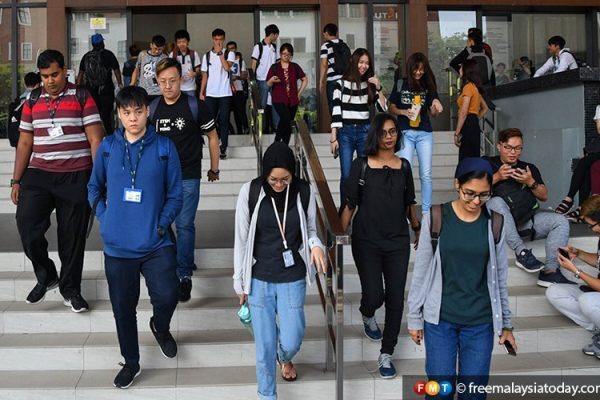 Think tank calls for education, healthcare and welfare to get biggest budget allocation

A think tank has identified education, healthcare and social welfare as key areas the government must address in the national budget, as it believes these areas can contribute to both short- and long-term prosperity.

In a presentation to the media, Research For Social Advancement (Refsa) said the upcoming budget needed to not only address immediate problems, but also ensure that the economic impact of Covid-19 did not affect the nation as badly as the Asian Financial Crisis in 1997, which Malaysia took nearly 20 years to recover from.

Hafiz Nor Shams, a Refsa visiting fellow, said investment in education and healthcare would address the immediate concerns around unemployment and future-proof Malaysia’s workforce.

“When automation happens, we will have a lot of unemployment and these people won’t be able to adapt in a month or two. They have to be retrained, and that takes time.

“One way to address this is to invest in higher education to create more space for these people who might want to pursue diplomas, bachelors and even masters.”

He added that improved healthcare would help combat the ongoing pandemic and ensure the labour market wasn’t negatively affected by an ageing population, a group that researchers expect will make up a growing segment of the workforce in the coming decades.

Frederik Paulus, an economics adviser at Refsa, proposed a number of social welfare measures that need to be implemented to combat rising unemployment and underemployment (where people are working fewer hours or below their qualification), and mitigate the effects it will have on the economy.

“If you move from a paid salary to being a Grab driver where you get paid based on the number of jobs you do, especially in a time with increased competition, you’re likely to earn less which will change your consumption pattern and push some into poverty.”

He called for the Bantuan Sara Hidup payment to be increased to between RM1,200 and RM1,400 in line with the minimum wage, and for the government to incentivise enrolment in the Employment Insurance System to improve coverage and raise funds for retrenched workers.

Meanwhile, former deputy international trade and industry minister Ong Kian Ming said these three areas were in line with Pakatan Harapan’s (PH) recent recommendations for the proposed “Unity Budget”, and suggested there was some consensus even within the government.

“The direction that the leadership has set clearly points to the priorities that we have, and perhaps I’d even say the priorities we share with the government.

“It’s just a matter of the amount of money we’re talking about, how much we (PH) are hoping for and how much the government is willing to spend,” he said.

He added that he was not concerned about an increase in the budget deficit, as the immediate needs of Malaysians should take precedence.