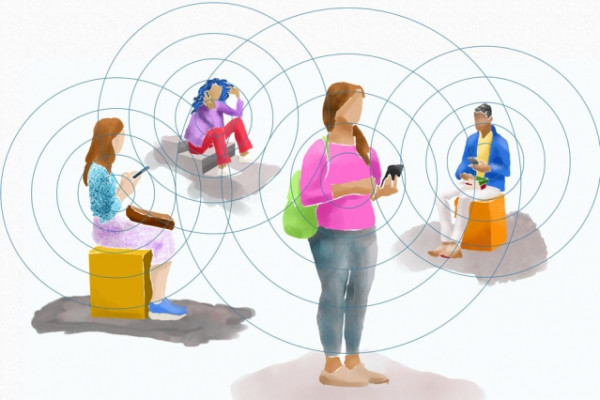 Does Big Tech Hold One of the Keys to Restarting the Economy?

By now, after several weeks of COVID-19 quarantine in many countries, discussions are turning towards lifting movement restrictions, and how it can be done without triggering another wave of infections. Many things remain unclear, but most opinions seem to coalesce around two key themes: first, widespread and consistent testing for the virus, and second, contact tracing. Given the economic damage caused by movement restrictions and social distancing, there is no question that we need to seriously consider this to loosen the restrictions.

In this day and age, where most of the population in the hardest hit countries have a smartphone on them at all times, the technological opportunities for contact tracing are vast, at any rate. China, furthest along in loosening its movement restrictions, relies on its deep app ecosystem for tracker apps, used to allow movement of people (entering offices and malls, travelling between regions) based on an individual red/amber/green risk rating. Google, for its part, has released aggregated location data showing where stay-at-home orders are being followed and where not.

Most of these efforts are relatively surface-level, by which I mean that the technology we have available enables far more granular, and hence effective, tracking. But of course, the risk of tumbling into a privacy hellscape is huge. This risk is compounded by the various states of emergency and crisis powers enacted in many countries, that erode democratic supervision and that are usually easy to implement quickly but far harder to roll back once they are no longer required.

Fortunately, technical solutions that balance effective contact tracing and privacy can be built. And as it happens, Apple and Google have announced that they are working together to build such a system at the level of the operating system (OS) in their phones. Not only do both companies cover probably 99% of the global smartphone market, having this functionality at the OS level also solves issues with standalone apps using the same concept that have already appeared.

The way Apple and Google’s system would work is by leveraging the Bluetooth technology available on our phones. In a nutshell, whenever one person spends more than 10 minutes in close proximity with someone else, both phones register a pair of keys for that encounter. If one of the persons then later tests positive, the system can alert all people that were in contact with the infected person by using these keys. The keys are anonymised so they can’t be traced back to the individual user, they are stored on the phone, and are only uploaded to a server with the user’s content, to alert other users of the positive test.

The system Apple and Google propose seems to achieve a commendable balance between tracking contacts and privacy, and notably, it doesn’t rely on GPS location data. Other apps have also gone down this route, such as Singapore’s TraceTogether app and the NHS’ proposed app. However, having this functionality available at the system level solves one key issue, namely that it doesn’t require the standalone app to be running at all times in order to log the Bluetooth contacts. As a result, contact tracing through this system should be far more systematic and effective, and therefore hopefully able to provide a solid foundation for one of the two preconditions to restarting the economy.

More broadly, this collaboration between Apple and Google also feels like a departure for the tech industry as a whole. Whichever way you look at it, the technology packed into a tiny device like a smartphone is incredible. But until now, it had only been used for relatively trivial (on-demand cars, location tagging) and sometimes seedy (adtech) applications. Now it can suddenly and truly change our lives for the better, in an unprecedented, life-or-death situation.

As such, the systems and decisions implemented now will determine the relationship between technology and society for years to come. Hence it is all the more important that privacy is carefully considered, and it is encouraging that the two companies that have effectively created the current technological landscape seem to have understood this.

But it is time for the rest of society to abandon the idea that the advance of technology is ineluctable and that it follows a singular path. Instead, technological advances are determined by regulation, existing institutions and ultimately our values. Now more than ever we must actively shape our technology to work for us rather than resignedly accepting it.