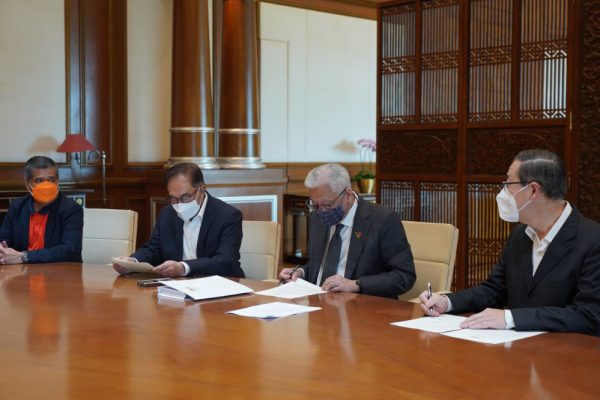 Dawn of a New Political Era?

Can PM Ismail Sabri’s cabinet rise to the challenge?

Prime Minister Ismail Sabri Yaakob finally announced his pick for the cabinet line-up last Friday (27 Aug). Given that he retained most ministers from the preceding Muhyiddin’s administration, initial response to the announcement ranged from lacklustre to pessimistic.

Still faced with the twin economic and health crises, how will this rebranded cabinet deliver the much needed changes to save Malaysian lives and livelihoods? While the PM has expressed his intention to work together with every stakeholder, including the opposition, under his ‘Keluarga Malaysia’ concept, will his cabinet colleagues share the same aspirations?

We will just have to wait and see.

For the time-being, here is an earlier interview of REFSA Communications Director Iskandar Fareez with BFM on how the political conundrum we see today and the olive branch extended by PM Ismail Sabri to the opposition could usher in a new age of co-operative politics. [Note: This episode was recorded before the cabinet line-up was announced]

In the middle of the week, it was reported that the PM met with Pakatan Harapan leaders to find a common ground on tackling the collective challenges faced by Malaysians and the nation. According to Iskandar, this ‘government-opposition’ engagement and the subsequent joint commitment is a good start and a sign of a maturing democratic process, signalling that we are shifting away from the legacy of one-party rule. However, it is wise to adopt cautious optimism, as the joint-statement was merely a declaration of intent, and the rakyat must hold them to their word to make sure that intent translates into action.

Limiting the power of the executive branch by strengthening the parliament as an institution for check and balance by electing a speaker from the opposition party could be a transformative way forward towards a bipartisan approach. Such a precedent has been set in Johor.

Even the support expressed by the opposition should be construed as conditional. The opposition has only promised to support the government as long as its approach and policies remain pro-rakyat and effective in saving the lives and livelihoods of the rakyat.

Essentially, Iskandar characterised the olive branch extended by Ismail Sabri as a politically calculated move. As he tries to keep internal threats (from UMNO and allied parties) in check, the offer by the PM can be seen as a manoeuvre for him to gain some breathing space to maintain power. Given it’s paper-thin majority, the PM must now cooperate with different blocs in parliament to ensure that the government can function up till the next election.

Iskandar viewed this as a positive development as we may see more members of parliament to be included in every stage of policy making under a reformed and empowered parliament through the parliament special select committees (PSSC). The government will likely need to negotiate at every stage – from policy to policy – to ensure its survival.

With the parliament reopening soon, Iskandar hoped that politicians from either side would focus on the agenda of saving lives and livelihoods of the rakyat and the management of the economy. Moreover, as the government seeks to extend its lifeline, institutional reforms proposed by the opposition may be pushed forward to do so. Lastly, with the coming elections, voting reforms such as allowing the use of postal voting and other measures to ensure that the rakyat can exercise their voting rights without the threat of covid.