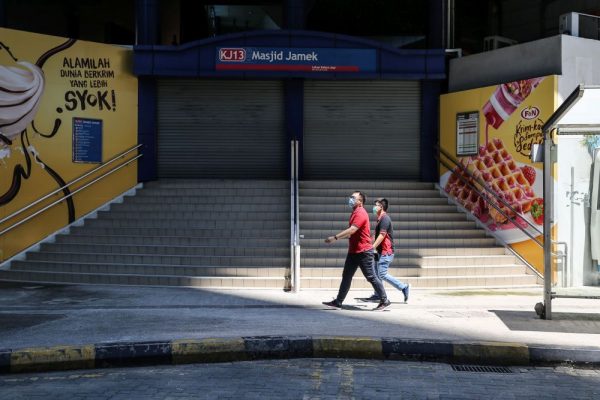 Dangerous to assume economy will bounce back in 2021

Two DAP leaders have criticised the annual budget as being too optimistic in its assumption that the economy will bounce back in 2021 in view of the ongoing Covid-19 crisis.

Both told a webinar that the government should use the next few weeks until Nov 25, when a vote is taken, to gather feedback from all and be prepared to make changes.

Former deputy international trade and industry minister Ong Kian Ming said it was “dangerous” for Putrajaya to assume things would return to normal by next year, given the current third wave of Covid-19 infections.

“We have seen new waves of cases in Europe and the US. Covid-19 doesn’t follow the calendar or take a break.

“The budget makes it seem like it will be business as usual,” he told a webinar organised by the Research for Social Advancement (Refsa), adding that even if a vaccine was deployed, it could only go into mass production at the end of next year.

DAP senator Liew Chin Tong, also a former deputy minister, warned the Perikatan Nasional administration might not be able to pass the budget unless it was prepared to review its unrealistic expectation that the economy could grow by 6.5-7.5% next year.

“The government should think of a more realistic figure and be prepared to incur a larger deficit to create jobs and deal with health crises across the board, not just for Covid-19.”

Ong said the government should have provided more social protection to vulnerable groups, especially those which have lost their jobs due to the pandemic.

He said this could have been done by channelling more resources into the Employees Insurance Scheme (EIS) and introducing several initiatives to encourage more unemployed people to register for it.

Ong added that the budget also lacked support for small and medium enterprises (SMEs), which were still struggling to recover from the impact of Covid-19 and earlier lockdowns.

“They don’t expect things to bounce back or for revenues to go up.

“They’re really worried there will be another movement control order (MCO) or conditional MCO (restricting economic activities) in their areas. If this happens next year, they might have to close shop.”

He suggested that Putrajaya review its wage subsidy programme by increasing the RM600 monthly wage to RM1,500 for people working in areas under MCO.

“Rather than not having to pay taxes, I think SMEs would prefer an enhanced wage subsidy programme. This will create less pressure on them to let go of workers who have been working with them for many years.”

He also called for other ministers to step up and look at creating jobs in the relevant sectors under their ministries instead of the finance minister being the only one trying to create incentives to increase employment.