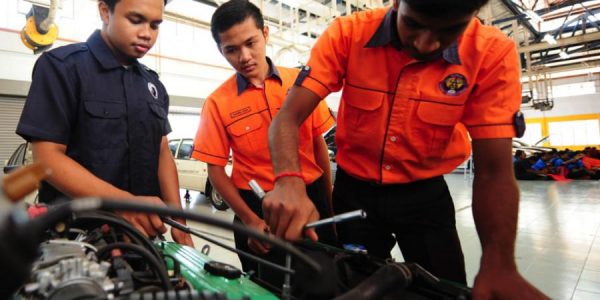 Can unemployment be overcome as COVID-19 cases increase?

There is currently an alarming spike in the number of Covid-19 cases in Malaysia, after a long period of keeping it under two digits. Since August, the number of new cases has reached three digits daily.

If it is true that a new wave of Covid-19 infections has begun, it will undoubtedly affect the country’s recovering economy.

Based on a statement by Prime Minister Muhyiddin Yassin, the country’s gross domestic product (GDP) growth showed progress when it recorded -3.2% in June compared to -28.6% in April 2020.

The RM16.8 billion Wage Subsidy Programme (WSP) by the government in the National Economic Regeneration Plan (Penjana), including retention, recruitment, and training assistance incentives for workers had reportedly saved some 2.4 million jobs as of June 26, 2020.

The government has extended WSP 2.0 from October 1 to December 31, 2020, with an allocation of RM2.4 billion to save 1.3 million jobs by maintaining the same method as the previous PSU.

Although the economy and employment rate are expected to recover, the World Bank has forecast a negative gross domestic product (GDP) growth of -4.9% compared to -3.1% this year.

The fact is, the country’s unemployment rate is still high. It is quite difficult for Malaysia to return to relatively stable unemployment figures in the range of 3.2% to 3.3% before the Covid-19 pandemic. There are also several things that can cause the unemployment rate to increase.

The number of unemployed workers will increase to 100,000 if the reopening of the Johor-Singapore border is delayed longer. This situation will also increase the unemployment rate in Johor, which has already increased to 18% or 35,000 people.

Third, the WSP allocation is still insufficient for the long term. The rate of WSP in Malaysia is too small, about 12% of the monthly salary compared to PSU in Singapore, which is more than 50%.

The low rate of PSU allocation will cause more than 300,000 small- and medium-enterprises (SMEs) to go bankrupt.

If the number of new Covid-19 cases continues to rise and there is no extraordinary action from the government to resolve employment issues, more people will lose their jobs and income. This expectation is in line with data from the Finance Ministry which estimates that 2 million jobs will be at risk by the end of 2020.

We will see an increase in unemployment based on work experience and skills, especially abroad. With the slowing economic growth due to Covid-19, the government needs to do something beyond saving jobs alone.

The direction to create a decent job should be the main agenda of the government today. Effective job creation means upgrading basic skilled and low-paying jobs with added value with higher productivity, apart from the policy of creating jobs in new industries.

To add value in low-skilled jobs, especially 3D (dirty, dangerous, difficult), the use of technology and automation needs to be intensified. This means automation rearranges the true meaning of the job using new methods.

The reality is, Covid-19 is capable of being a game-changer to the new narrative of 3D work. However, this policy is given less specific focus as the Human Resources Ministry has allowed employers to hire foreign workers who have been laid off if the jobs are not filled by locals.

If the government and the private sector are committed to structuring 3D jobs with fair wages, then local workers, especially youth, will fill up the jobs.

Without commitment from the government and industry, of course, efforts to provide employment to the people amid Covid-19 is not feasible and it’s disappointing to see our country’s economic system still depends on cheap wages and foreign labour even though there are opportunities to improve the situation.

– Published in The Malaysian Insight and The Malay Mail on 1 October 2020.