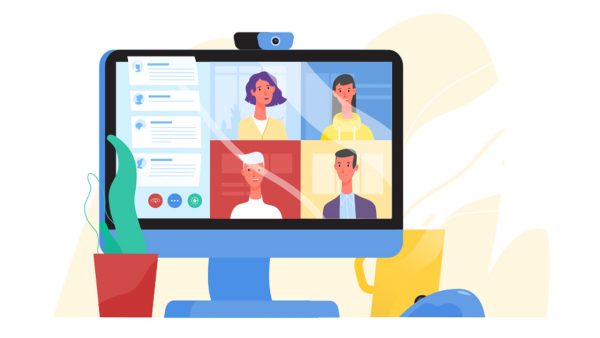 On September 2, I attended a closed-door meeting hosted by Andrew Goledzinowski, the Australian high commissioner in Malaysia. The meeting coincided with the official visit of several Australian parliamentarians, one of which was Kevin Hogan, the deputy speaker of the House of Representatives.

I asked Hogan how far the parliamentary democratic system could benefit from the use of technology in this era. Will the parliament convene a virtual session one day, and can lawmakers follow the debate from wherever they are? Like it or not, Hogan said, the parliament needs to adapt to the technological changes and taking the parliament virtual should not be off the table. He also emphasised on the importance of parliamentary institutions to be the basis of the government’s checks and balances even though technology has provided us with a solution.

This discussion is timely as our very own parliament needs a virtual conference on discussing, reviewing and balancing government policy on managing the Covid-19 pandemic crisis. The question is, how far can the Malaysian parliament be able to convene a parliamentary assembly in a virtual manner?

On April 14, speaker of the House of Commons, Lindsay Hoyle and the UK Parliamentary Commission made use of technology in parliamentary sessions by turning the prime minister question time and ministerial question session during the Covid-19 to a virtual session.

The UK Parliamentary Commission has the autonomy of planning parliamentary technology plans without the intervention of ministers. The need for parliamentary services in the management of the Covid-19 has given the UK parliament the opportunity to leverage on technology to continue the task of check and balance of the cabinet ministers.

Under the 22nd Standing Order of the House of Commons, the additional expenditure on parliamentary management over £50,000 (RM262,924) should be passed by the Parliament. This motion will be then brought to the Leader of The House, Jacob Rees-Mogg, to carry and request for approval by members of parliament. In this case, the proposal was successfully passed by the UK parliament on April 21.

In contrast to the UK parliament, the management of the Malaysian parliament lies under the PMD. Due to the repeal of the Parliamentary Service Act 1963 in 1992, the parliament cannot act independently or make any changes without the approval of the PMD.

The 2020 Budget introduced by the previous Pakatan Harapan (PH) coalition has allocated of RM145 million for the Parliament institution in Malaysia. It is so far the highest allocation given to the Parliament in a single year compared to the previous four years since 2016 amounting to RM131 million.

Allocation for parliamentary administration such as managing governance, information and communications technology is estimated at RM40.5 million, while the budget allocated for the management of the parliament sitting is RM98.5 million for 2020. This financial position clearly shows that the Malaysian parliament has the capacity to convene a parliamentary session in a virtual setting. If it needs additional provisions, the government will need to bring the supplementary supplies bill soon to be passed by parliament.

This, however, raises a question; does this mean amendments to the order of Dewan Rakyat should come first, followed by a planned virtual session by the PMD to ensue or should priorities given to the federal government to present their motion?

These are some of the questions that have to be discussed prior to convening the first ever virtual legislature in the Dewan Rakyat.

Towards a virtual parliament session

There is also a debate on the government’s delay in acting and the need for the Standing Order Committee of Dewan Rakyat to meet in advance and amend the rules of the council before a virtual parliament sitting could take place. In this ambiguity, one of the urgent steps to take is that the PMD and the Standing Order Committee must meet jointly to discuss how virtual parliamentary session could take place amidst this pandemic.

This approach will facilitate both sides in examining all aspects such as amendments to standing order, finances, and the technological aspects in implementing an online parliament, whether in full or partial.

If the two sides manage to present a plan for a virtual conference, then Takiyuddin Hassan, the minister in the PMD in charge of law and Parliament has to table the proposed amendments on Standing Order for approval by the Dewan Rakyat at next Parliament session in July.

Health Director-General Dr Noor Hisham Abdullah said that the Covid-19 pandemic in Malaysia could last until next year – so long as there is no vaccine. Against this grim backdrop, virtual conferences are the safest and most effective way to bring parliamentary institutions up to date.

At a time when the fight of Covid-19 looks to be far from over, we must adapt to the “new normal” without compromising parliamentary democracy to address national and global challenges affecting people and the economy.