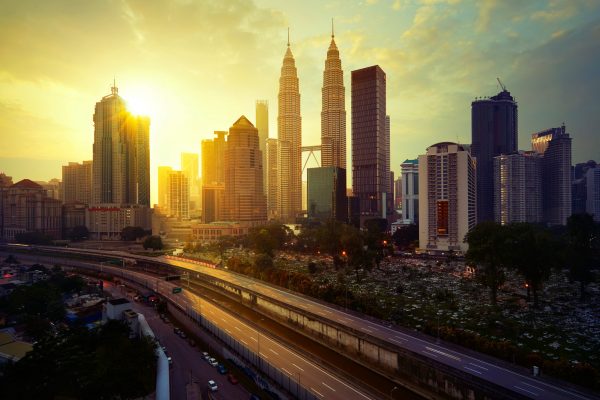 Budget 2022 will be the first federal budget falling within the 5-year period of the 12th Malaysia Plan (12MP). This fact is critical given that in recent years, the federal budget has become a short-term exercise that largely ignores longer-term planning.

Crucially, Budget 2022 is an opportunity to shift gears and reframe the government’s mindset to introduce multi-year plans in different ministries. This means going beyond the 12MP to drive concrete measures and policy to address the nation’s economic needs, such as reforming the labour market and building a comprehensive national social safety net.  This is particularly important in shaping Malaysia’s post-pandemic recovery.

In REFSA’s Pre-Budget Statement, we highlight six key areas of priority that will help steer the nation towards resilient economic growth.  Underpinning these are the twin goals of maintaining an expansionary budget while implementing productive measures to control expenditure and growing the nation’s revenue:

Over the course of the pandemic, women were more likely to have given up on work to care for family members, whether their children or other relatives. As a result, their labour force participation has dropped relative to the pre-pandemic period (56.1% in Q4 2019 compared to 55.4% in Q1 2021). Hence, it is crucial that the upcoming budget is gender-responsive, ensuring dynamic resource allocation and policy designs are sensitive to the budgetary impact towards men and women.

2. Support for businesses
The previous support packages announced during the pandemic have mainly focused business support on loan guarantees, the interest payment moratorium and subsidies for wages and hiring. This time, the budget should aim for larger, but better targeted support to businesses that need it. Outright cash support could be part of a policy mix that also includes soft loans extended by financial institutions, complemented with government guarantees. More direct business support would be particularly beneficial for sectors that have been heavily affected by the country’s lockdowns, including tourism and hospitality, entertainment and sports.

3.Increase spending on healthcare
REFSA has previously highlighted that Malaysia regularly spends below what other upper-middle income countries spend on public healthcare. According to World Bank data, Malaysia’s 2018 total healthcare spending (public and private) relative to GDP was 3.8%, which is lower than the 6.8% seen among upper-middle income countries in the same year. The need to raise the spending level is all the more important given Malaysia’s demographic profile, which is ageing.

4.Increase spending on education
The pandemic over the past two years has deeply disrupted children’s learning process, and  risks lowering their  potential for years to come. The government must provide greater funding to the education sector, particularly from preschools to secondary schools, to catch-up with lost time and ensure better learning outcomes. Investment should also be made to enable face-to-face learning during the pandemic.

It is prudent to start laying the foundation for greater revenue collection for 5-10 years down the road. The need is acute as there is now a risk of a near-term implosion in operating expenses where once the COVID-19 special bills run out, such expenses will have to reduce proportionately given government borrowings are legally allowed to finance development expenditure only. Further, debt service payments are also expected to increase because of the large amounts of borrowing, reducing the room for manoeuvre in operating expenses.

5. Lay the foundation for a broader tax base
Taxes provide the most stable revenue base for the government, but Malaysia’s tax base is quite narrow, meaning very few people or corporations pay tax. While it is too early to start raising taxes, it is not too early to start putting in place measures that will broaden the tax base, with a view to increasing the overall portion of taxes in the government’s revenue over the next five to ten years.

6. Rethink our approach to petroleum income
Revenue related to petroleum accounts for some 20% to 25% of the budget’s revenues, mostly in the form of dividends from Petronas. However, it is a volatile revenue stream, dependent on the price of oil in world markets, and in the long-term, demand for oil can be expected to decline structurally because of the pressure to move to renewable energy. The government should therefore consider privatising part of Petronas. Selling just 5% of the shares could raise an estimated RM30bn, while ensuring the government retains absolute control over the company with 95% of the shares. In other words, a partial privatisation of Petronas does not mean ceding control over an important public asset. However, this operation would go a long way to pay off the debts incurred for the response to the pandemic, and immediately put the country on sounder fiscal footing to build back better. It is important to strike while the iron is hot though, because this window of opportunity will not last forever.

While remediating the continued impact of the pandemic in 2021 should be the main preoccupation of this budget, it should also aim to include steps to the future direction of the economy and the need to build back better. Budget 2022 therefore requires a balance of short-term and long-term policy considerations.