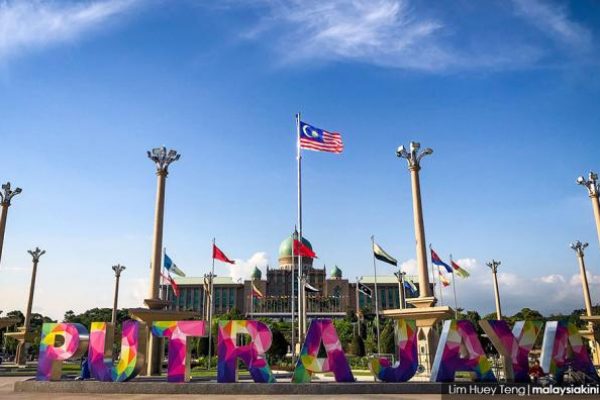 Budget 2021: Democracy in a balance

Budget 2020 will be the “mother of all budgets” because it will determine the direction of the country when faced with three crises, namely health, politics and the economy, which is very worrying.

It is a very extraordinary and important budget. First, this budget is important to help the people who are facing the Covid-19 pandemic crisis, especially in terms of economy, employment opportunities and livelihood assistance. Secondly, the Budget 2021 is also very important for the prime minister to continue to survive in parliament to carry out the mandate to continue governing the country.

Based on the practice of the Westminster parliamentary system, voting to reject the government budget has the same risk as a vote of no confidence in the prime minister. If this happens, the prime minister will have to resign, or it will cause the country to face a snap election.

There is the most critical risk when parliament rejects the Budget 2021, which is the possibility of the country facing a government shutdown period that will adversely affect the country. The question is, to what extent will the Perikatan Nasional government (PN) do everything it can to avoid the situation if the Budget 2021 cannot be approved?

Government closure and its risks

Basically, a government shutdown occurs when a budget or financial law fails to be passed by parliament. Among the effects of the government’s closure was first, public administration could not function because it did not have sufficient funds to cover operating costs. Secondly, the people’s initiative will not be implemented, and thirdly, it will adversely affect the economy of a country.

If the closing period of the government is longer, then the impact on the administration of the country and the economy will be affected more severely. For example, in 2013, the 16-day closure of the United States federal government resulted in a loss of US$24 billion and nearly 1.3 million government employees worked without pay.

Take for instance, on the night of Nov 20, 2017, when the BN government was almost defeated in the Budget 2018 vote for the Ministry of Domestic Trade, Cooperatives and Consumerism (KPDNKK) led by Hamzah Zainuddin. The bloc vote ended with 52 government MPs in support while 51 MPs protested, and two people abstained in the voting process.

On Nov 26, 2019, the Budget 2020 for the Ministry of Women, Family and Community Development (KPWKM) of the Pakatan Harapan government was almost defeated by the opposition with a bloc vote with 32 MPs supporting and 28 people rejecting the KPWKM budget. The opposition took this step to warn the Harapan government to be more responsible to parliament.

The Perikatan Nasional government also went through a bitter moment during the vote on the Supply (Reallocation of Appropriated Expenditure) Bill 2020 when the government survived this vote with a slim majority, which 111 Perikatan Nasional MPs supported, and 106 Harapan and independent MPs combined rejected this Bill. The opposition rejected this Bill because they did not agree with the size of the PN cabinet, which is deemed too large and requires high expenditure.

Passing a national budget in parliament is the most top priority for the nation, especially in the tough crisis. If the government has recorded a loss of RM 2.4 billion a day during the movement control order, just imagine the loss that must be borne by the government in the event of a shutdown, especially when Covid-19 is in a third wave. Therefore, it is very appropriate that the PN government ensures that the country does not face the closing phase of the government by Budget 2021.

Prime minister needs the opposition now more than ever

Muhyiddin needs to do extraordinary things in this budget. He needs to ensure that he has the support of the majority in parliament and ensure that the Budget 2021 is approved so that Malaysia does not enter the most difficult phase, namely government shutdown.

To ensure that the Budget 2021 can be approved, Muhyiddin needs to ensure that more than 109 PN MPs are present on the day of the vote. But this is impossible to do, especially when the PN government MPs are divided.

Although Umno MPs decided to support PN on Oct 26, 2020, it did not give any guarantee that support for the prime minister would remain. During the budget debate period of more than 10 days, various political measures can take place if Muhyiddin does not maintain support among government MPs.

If the political instability fails to be managed by the prime minister, it will result in PN to be the first government to lose a national budget vote.

To overcome this possibility, Muhyiddin needs to be big-hearted and accept the proposal to work with the opposition in order to approve Budget 2021. The joint consensus between PN and the opposition MPs is no longer an option for Muhyiddin Yassin; in fact, it is a must.

At this point, Budget 2021 should be the main agenda in developing and uniting a country that is heavily affected by the Covid-19 pandemic. The country is in dire need of a stable and strong government so that any implementation of policies and initiatives run smoothly for the benefit of the rakyat.

– Published in Malaysiakini and Malay Mail on 29 October 2020.