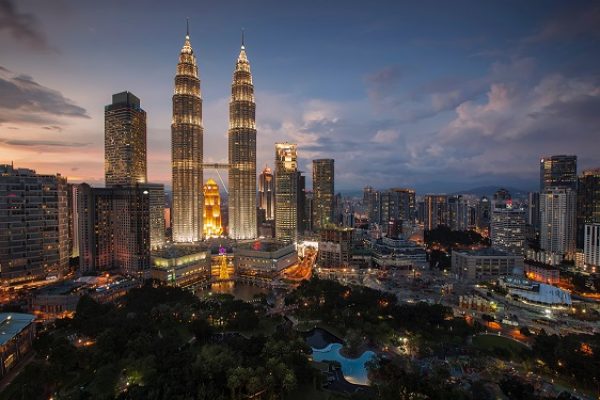 Budget 2021 could usher in a new economic paradigm

Rarely will a budget prove so consequential to the future of the economy as this one, even in a calendar year that effectively already saw three budgets to date.

The devastating economic effects of the Covid-19 pandemic were made painfully clear by the Q2 GDP growth numbers, with a drop of 17.1%. This translates to a painful economic reality for Malaysians, in particular a drop in income that hypothecates consumption and hence the chances for the economy to revive. The government rightly implemented emergency support packages in rapid succession, without which the drop in GDP growth would undoubtedly have been even greater.

However, now that these short-term support packages are about to expire, a heavy responsibility rests on the upcoming budget. First of all, it needs to ensure the short-term survival of the economy, by extending or perhaps even making permanent some of the support programmes enacted in the emergency budgets.

On top of that, the government should consider creating public service jobs to replace, at least partially, some of the lost employment. There are opportunities to expand the state’s share in education spending and in the care economy, for example, which would also put the economy in a better position to deal with future challenges, such as training a higher-skilled labour force or dealing with an ageing population.

Perhaps even more importantly, the budget also needs to kickstart the transformation to an economy that fixes the major flaws exposed by the pandemic. We have seen that the increasing precarisation of employment and stagnant incomes immediately become acute problems in a crisis such as this, exemplified by the falling nutrition standards for children in low-income families, as brought out by the recent UNFPA/Unicef report.

It is past time to halt this downward trend and focus on creating good jobs: jobs that are meaningful to those who do them, fulfil a societal need, are “future-proof,” and pay a living wage. This will require the economy to move to higher productivity overall, and to start investing in future growth sectors, instead of racing to the bottom in an attempt to attract foreign direct investment that will become increasingly scarce.

Achieving this will require a shift in mindset, toward a model where the state fully assumes its role as catalyst for the economy, and most importantly, as an anchor investor in risky but transformational ventures. This is especially important given the current high degree of uncertainty, which inhibits investment from private firms.

Finding areas to invest in is not hard. The pandemic has very clearly shown the flaws and limits of our current model, particularly its fragility to disruptions. With the IMF’s description of “well-judged public investment” in mind, the government should define bold “missions,” that aim to achieve socially desirable objectives through a productive cooperation of public and private entities.

One such mission should be to increase our economy’s resilience, and with disruption due to climate change becoming more frequent and severe, it is urgent to do so. The “Green Economy” is therefore an obvious sector to invest in, and one where Malaysia has natural advantages that should be played out to the fullest.

Investment in green infrastructure such as renewable energy, waste management, water management, clean transportation etc. can engender sustainable economic development and play a major role in the nation’s climate change mitigation and adaptation efforts. On top of that, it also presents an opportunity through which to create good jobs for Malaysians.

Of course, an economic transition of this magnitude is inevitably paired with short-term labour market disruption. The budget should factor this in and start implementing the first steps to a more comprehensive and generous social safety net. Increasing Bantuan Sara Hidup (BSH) payouts and working towards a more comprehensive Employment Insurance System (EIS) are a good place to start.

More public investment is not a new idea, but in recent years this policy lever has been neglected, largely due to the doctrine of reducing budget deficits and public debt. This is where there is somewhat of a silver lining to the current economic crisis. Since the difficult economic conditions apply across the globe, any negative repercussions from higher budget deficits or public debt are unlikely to apply in this cycle. Malaysian government securities yields are at historic lows, and public debt across the globe is expected to increase significantly. The government therefore has a unique opportunity to borrow and finance the initiatives outlined above.

In fact, the IMF, normally a stalwart of fiscal discipline and exemplar of the ‘Washington Consensus,’ earlier this month called upon governments to increase their public investment, even at the cost of larger budget deficits. This time round, the end justifies the means for the IMF, and in particular they highlight the large multiplier effect of well-judged public investment for private investment and job creation.

Here, then, is where the new economic paradigm comes in. For decades, fiscal discipline and balanced budgets were the guiding light for finance ministers across the globe. That the institutions who were staunch defenders of this approach are now calling to abandon it is testament to the extent of the economic disruption we are witnessing.

Moreover, we have the cautionary tale of the eurozone, where the budgetary austerity imposed on some countries after the debt crisis in 2009 has resulted in a lost decade in terms of growth, employment and income.

It is imperative that we learn from this and leverage the full ability of the state to shape an economy that works for all. The upcoming budget is the best opportunity to start putting this new paradigm into practice.