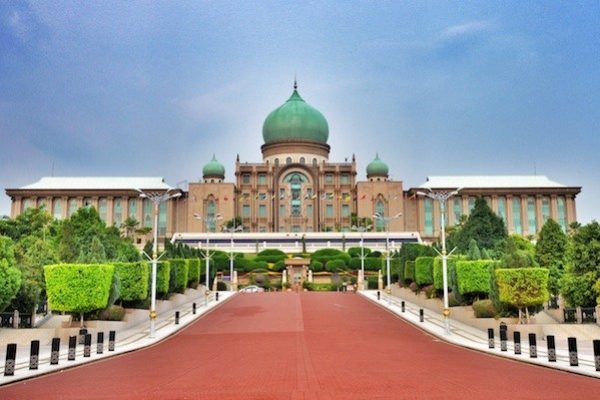 Budget 2021 ambitious, but economic analysts say Putrajaya could be bolder with spending amid Covid-19

By R. Loheswar and Danial Dzulkifli

Economists and financial analysts commended Perikatan Nasional’s maiden Budget tabled yesterday for aiming to jumpstart the economy and ensure public welfare, but questioned the government over its reluctance to spend more during a pandemic.

At RM322.5 billion, Budget 2021 is the biggest and most ambitious spending plan the government has come up with to date and pundits called for caution in the implementation of policies and distribution of wealth when the coronavirus is still wrecking havoc worldwide.

“I do agree that there is a need to upsize the spending at this critical juncture of the economic recovery. There are risks to the outlook including successful containment of the pandemic and sustained recovery in external demand.

“The key issue is that given the sizable public outlay, efficient spending and execution is important to ensure the successful implementation of Budget 2021. Efficient planning, timely execution, enhanced transparency, and accountability in a post-pandemic new normal could be challenging,” Julia Goh, senior economist for UOB Malaysia, told Malay Mail.

In a statement, Bursa Malaysia chairman and former minister in charge of economic planning, Tan Sri Abdul Wahid Omar pointed out that the Budget merely has a deficit of 5.4 per cent of the gross domestic product (GDP), lower than 6 per cent in 2020.

“Apart from the increase in the Covid-19 relief fund, steps like the Bantuan Prihatin scheme that offers up to RM1,800 per household earning less than RM2,500 per month and the reduction of taxes by one per cent are key in reducing the burden suffered by many households,” he said. 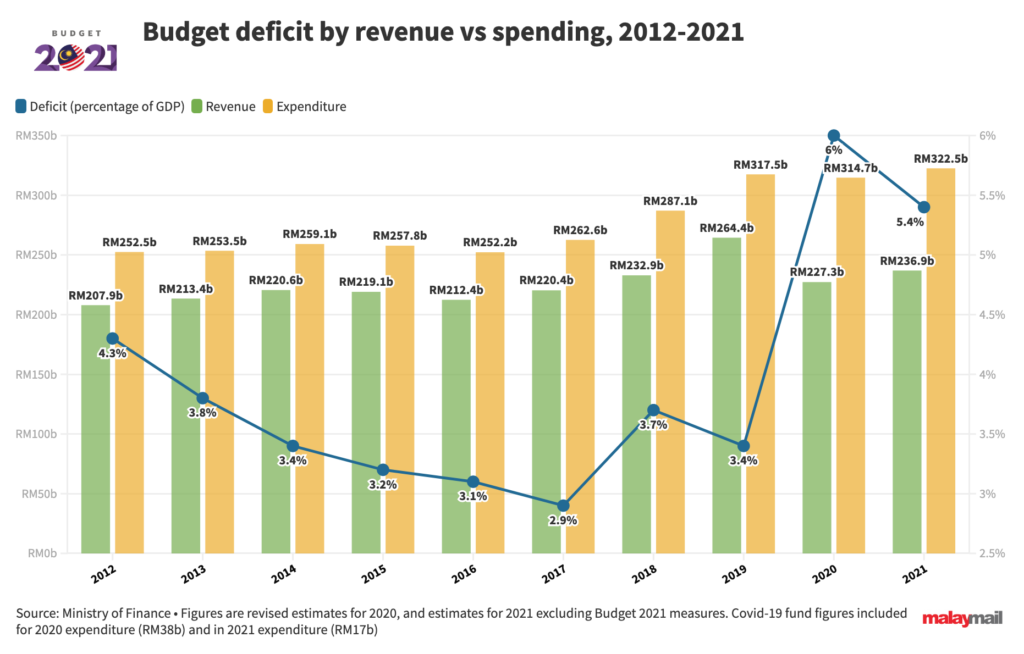 However, Ramon cautioned the government to review on how it plans to create a sustainable budget during a very challenging economic climate.

“They can do more to encourage private investment in order to encourage growth. If Covid-19 is still prevalent in the next few months, then there must be a supplemental budget and the question is how will it be financed,” Ramon told Malay Mail.

“They should review on garnering more revenue streams, for example, perhaps imposing GST, wealth tax or a windfall gain tax.”

Yesterday, Finance Minister Datuk Seri Tengku Zafrul Abdul Aziz said that Putrajaya’s revenue is projected to decrease by 14 per cent to RM227.3 billion in 2020 from RM264.4 billion last year as a result of lower tax collection.

However, its revenue in 2021 is expected to increase by 4.2 percent to RM236.9 billion or 15.1 percent of the GDP, on the back of improving economic growth and business prospects. 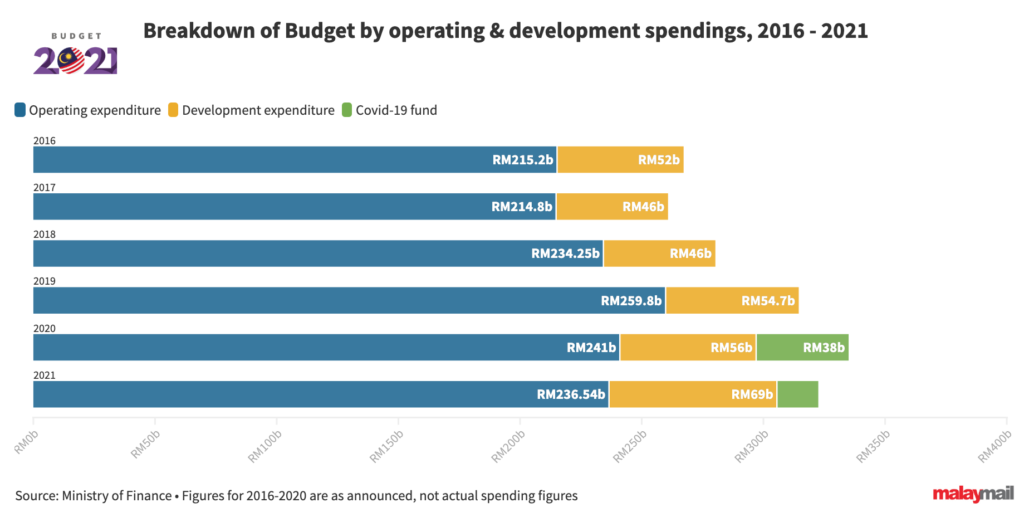 Institute for Democracy and Economic Affairs (IDEAS) research manager Lau Zheng Zhou also said that the government should have been more daring with its policies for social welfare, pointing at Putrajaya allowing the withdrawal of Employees’ Provident Fund (EPF) money.

As part of the Budget, Tengku Zafrul said the government will also allow a monthly withdrawal of RM500 from Account 1 of the EPF to assist those who have lost their jobs due to the Covid-19 pandemic.

The minister said a withdrawal of up to RM6,000 for a period of 12 months is aimed at alleviating financial hardship faced amongst its 600,000 members, a decision that received scepticism from some who were polled by Malay Mail.

Adding to that, Lau from IDEAS said that there are also segments of the population that have been left out like those who moved to the city from the rural areas and are struggling to pay rent in the city.

He said these groups that consist largely of young poor families are forced to use their credit cards to pay for their needs and now with no money the usage will be high with no financial relief in sight.

“That’s why I think the government can be a bit bolder in their spending and hopefully we can help this group as well,” he said.

This sentiment was shared by Frederik Paulus, the economic adviser for DAP-linked think tank Research for Social Advancement (Refsa), who said had chosen instead to consolidate its fiscal position as soon as 2021, despite the urgent need to spend.

“We believe it is too soon to pursue any fiscal consolidation agenda and as such, we advise Putrajaya to loosen its fiscal deficit targets,” he said.

“[The budget] could perhaps have been bolder in terms of impact We were hoping that this budget would usher in a new economic paradigm, and despite being the largest budget in history, those hopes have not been entirely realised.”

He said the obsession with controlling the deficit to protect the country’s sovereign credit ratings must give way to borrowing more money to save Malaysian jobs, businesses and livelihood.

Spending grew in 2020 as the government rolled out RM305 billion worth of stimulus packages to cushion the blow from Covid-19, while revenues shrunk along with the economy, projected to fall 4.5 per cent this year.

The Budget comes as Malaysia’s economy has been hard hit by the pandemic. The trade-reliant economy saw its first contraction in over a decade in the second quarter, as the coronavirus outbreak hit business activity and exports, causing gross domestic product (GDP) to drop 17.1 per cent. 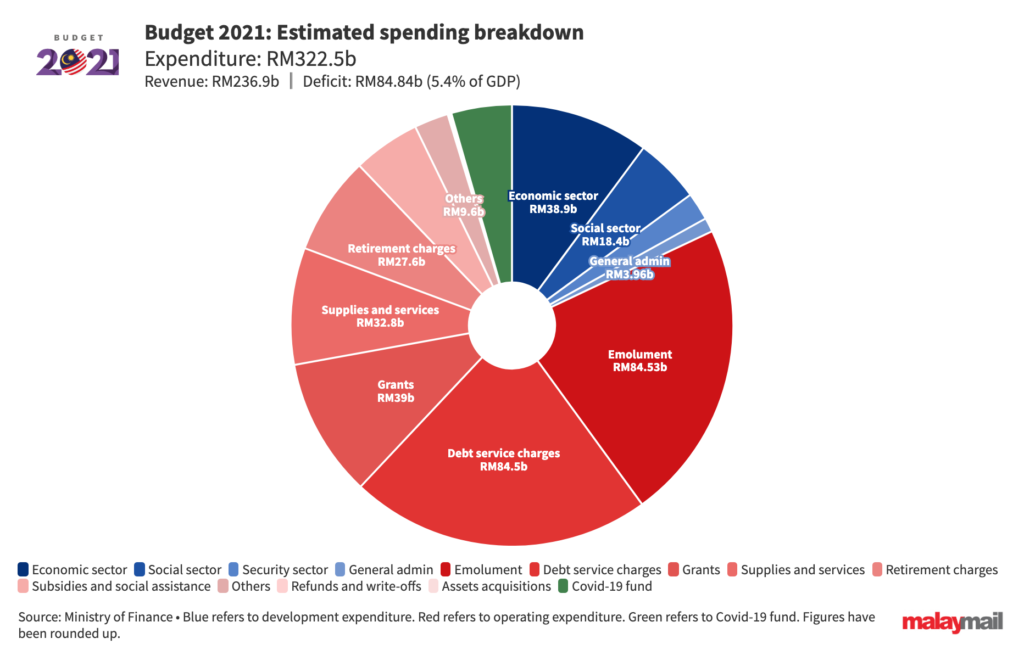