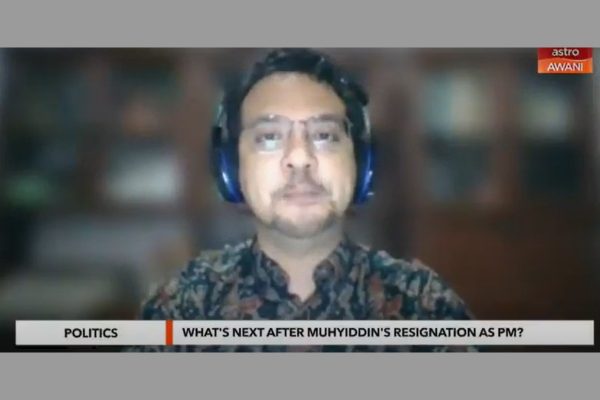 Awani Tonight – Can curbing PM’s powers be the key to break political deadlock?

Can curbing the reign of former PM Muhiyiddin Yassin break the Malaysia’s political deadlock? REFSA Communications Director, Iskandar Fareez shared with Astro AWANI on the nation’s political climate, and what’s next after the resignation of our 8th Prime Minister.

While Pakatan Harapan seems to have a leading edge, who will ultimately bear the 111-seat majority remains too early to tell. It is also ultimately unclear how things will play out with discussions of a unity government, albeit a framework for it from PH exists.

The aspiring PM candidate needs to curb executive powers through bipartisan rules in order to facilitate open discussions among the political blocs. In any case, a more functioning political order needs to be achieved for a more effective pandemic leadership.