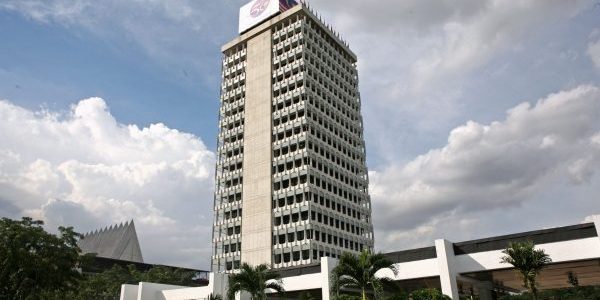 This came as a result of the political move brought by the Perikatan Nasional (PN) to take over the Pakatan Harapan (PH) government in Johor.  This situation has created a political instability at the federal and state level at a time when the rakyat are battling Covid-19.

Although the PN government has taken over Putrajaya and several state governments, their position is vulnerable as PH still dominates Selangor, Penang, and most importantly Sabah.  In the event that PN’s position is compromised, a snap election is very likely.

Thus, a law against party-hopping law to prevent the lawmakers from “horse-trading” and switching have been making rounds lately.  Some critics have maintained that this act is necessary to maintain the country’s political stability to prevent political expediency over public interest.

Soon after 2018 general election commenced, political parties such as Umno and PAS demanded that the party-hopping law approved by the Pakatan Harapan (PH) government.  Their worries, then, was to prevent their members to switch sides in support of the ruling party.

The PH government decided not to enact laws banning party jumps because it is in conflict with Article 10 (1) (c) of the Federal Constitution that gives people the right to unite and form their own associations.

Saifuddin Abdullah, who currently helms the communications and multimedia portfolio have also suggested that the PN government is looking at drafting the party-hopping legislation some time in future.

The discussion on the anti-hopping law in Malaysia isn’t new, but the discussion heavily revolves on political rhetoric.  The main problem that we have now is lack of political will and dedication among the politicians to see this legislation come to light.

In fairness to Malaysia, the National Anti-Corruption Plan (NACP) 2019-2023 was established by the previous government last year to administer reform efforts in legal and electoral matters.

This is to enhance political accountability and integrity in governance, including setting up an election date that was part of PH’s manifesto in Buku Harapan. So, in the case where parliament is dissolved before the mandatory election date, it will only do so if it is approved in the parliament session.

If we refer to the UK, which uses the same Westminster model, the parliament have set the election date by having Fixed-Term Parliaments Act (FTPA).  This act was approved in 2011 to allow the FPTA to set in legislation the next default date for an election within one term or five years.  For example, if the election takes place on May 9, 2018, then the next election is set for May 9, 2023.

The FPTA’s proposal is based on a joint UK-based Conservative and Liberal Democrat party coalition in 2010 to prevent a premature parliamentary dissolution should the government receives a no-confidence vote.

It also aims to provide a way for the government to govern the country for a full term, reduce the risk of government instability and provides a democratic procedure for managing the country’s political stability.  For example, if the prime minister wants an early election, the motion needs to be approved by at least two-thirds majority of MPs in the lower house.

In the event that the prime minister gets a vote of no confidence, and that no political party commands the majority of the house within 14 days, a snap election will be called.

This Act serves as a check and balance to the powers of a prime minister and prevent any possibilities of dissolving parliament and setting election dates based on favourable political arrangements.  The ability to dissolve parliament before the end of its term is a powerful political tool if not used correctly.

Similar to Malaysia, our legislative body needs a bill such as the FTPA to ensure that a government that is democratically by the rakyat to continue functioning for a full term.

The debate on this proposal needs to be expanded immediately. It could also avoid unscrupulous political arrangements that would violate the people’s mandate.  More importantly, the bill provides for a more systematic, transparent and open governmental transition process.

If the government shows no commitment to good public policy effective governance, what difference does a new government make, after all?