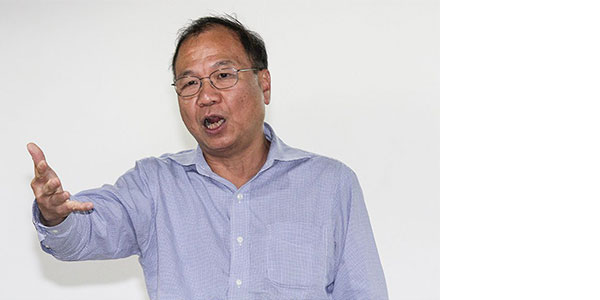 KUALA LUMPUR, July 13 — It is crucial for Malaysia and Asean to strengthen their economies to remain financially independent amid an escalating trade war between the United States and China.

Economics professor Woo Wing Thye explained that in the age of nuclear firepower, nuclear-capable nations would never confront one another directly for fear of mutually assured destruction, but would engage in proxy wars instead.

“How do we prevent ourselves from being proxy (to the US or China)? Firstly, internal division must be minimised because if we are divided internally, we are natural proxies.

“Second, internal divisions here in Malaysia is more likely to occur when the economy is stagnant. When things are doing well, people don’t want to engage in street fights to overturn the wealth creation machine.

“Now if Malaysia does well economically and it is respected in the region, we can mobilise the rest of Asean to push the agenda that we are not mercenaries where they (the US or China) can buy us.

“We become masters of our fate because we have the money to do so,” Woo said at a lecture titled US-China Trade War and the Impact on Malaysia organised by Research for Social Advancement (Refsa) today.

He elaborated that Malaysia needs to ensure that other Asean nation share the same wealth creation mindset and attain the same level of prosperity to avoid becoming proxies for the two global superpowers.

The academic who lectures at the University of California, Davis Sunway University and Kuala Lumpur-Fudan University explained that when trade tensions between US and China remain low, Malaysia can prosper as both giants will ignore one another.

When tensions are at medium level, both countries will woo Malaysia and other South-east Asian nations with trade deals or good offers such as the Trans Pacific Partnership (TPP) offered by the US, or the various rail projects offered by China.

However, he warned that once things have truly heated up between US and China, the nations will start demanding Asean nations pick sides — resulting in the creation of proxy nations.

“A trade war won’t be an open war. War between the two (China and the US) won’t occur because they are nuclear powers. They would do it through proxies. The US would finance one group here and China would finance another group.

“This was seen in Vietnam when the US fought a proxy war against then-USSR.

“That’s why Malaysia has a role to help diffuse the tension and actively give suggestions,” said Woo, highlighting Prime Minister Tun Dr Mahathir Mohamad’s proposal on allowing foreign warships to sail through the South China Sea but not stay for long as a good example.

He said Malaysia must also lobby for a better trade mechanism within the World Trade Organisation and that Asean must insist it wants to be friends with both the US and China.

The beginning of the end in Woo’s mind is the disintegration of Asean as a functional body if its member states turn into US or China proxies against each other.

“The worst that can happen is if the US or China splits up Asean as proxies in their war. If Asean is forced to choose sides, it will split. It’s the beginning of the start of the worst case scenario that will come. That could lead to actual war.

“The first thing Malaysia needs to do is restore dynamic economic growth where our Asean neighbours can adopt so we all can become wealthy and afford our own weapons. Once we can have our own weapons, we will be safe,” Woo said.