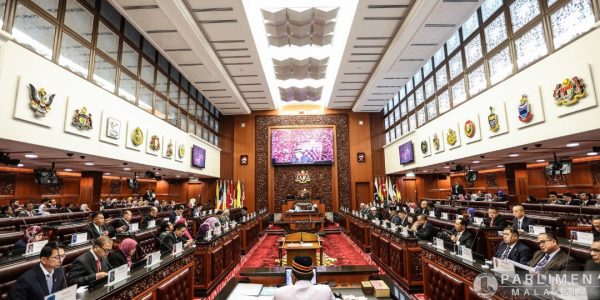 A new normal for Dewan Negara

THE Dewan Rakyat Session just ended on 27 August 2020, after four weeks of sitting. Various issues, debates and criticisms received public attention, and, for the first time in parliament, the rakyat could see a minority government like Perikatan Nasional (PN) being tested with a very small number of supporters in the lower house.

The Senate convened for the first time after the Sheraton Move on September 2. This session allocates 13 days for it to review and balance all government policy performances that were previously debated by the Dewan Rakyat.

The first day of the Senate warmed up with the election of the president of the Senate, which was contested for the first time in its history.

Over the past few decades, the post of Dewan Negara president has been elected among those who support the ruling party, and has not been contested.

Rais Yatim, who was proposed by PN, was elected with 45 votes, compared to Yusmadi Yusoff from Pakatan Harapan (PH) who got 18 votes. The challenge from a PH senator, creating some competition to Rais at Dewan Negara, is progress, instead of it being a “‘rubber stamp’ institution”.

No party politics in the Senate?

Several Senators have hope and are encouraged that Rais will carry out his duties with a new approach. This was also part of his speech, to bring new values to the Dewan Negara and not to bring in a culture of “party politics” like it is in the Dewan Rakyat.

However, the new president was seen as failing to implement his words when he was still holding positions in his party as a member of the Bersatu supreme council, Negeri Sembilan chairman and Jelebu division head. Rais stated that this matter was not relevant, as the previous president, SA Vigneswaran, was the MIC president while serving.

Rais actually has the opportunity to create a new ‘precedent’ to ensure the independence of Dewan Negara positions from the influence of political parties.

Unfortunately, he still continues the old practices of the Senate. The question is, can new presidents commit to bringing in good values to in the Dewan Negara or is it just political rhetoric?

Rais’s statement that he would not play party politics is lame when the majority of Dewan Negara members today are members of political parties, whether PN or PH. If one looks at the latest composition of the Senate, there are a total of 66 senators, 43 senators supporting PN, PH (18), Gerakan (2), while Malaysian Advancement Party (MAP), Pejuang, UPKO and Representatives of the Disabled community (OKU) each have a senator.

Bersatu has almost 10 senators and Umno has 11. DAP has seven senators and PKR has six in PH. Thus, Rais’s argument for not wanting to bring partisan politics does not reflect the true reality of the Senate.

It was interesting when Rais also reprimanded some senators who read the text while delivering the speech of the Royal Decree debate, which is in line with Standing Order 34 (6) of the Dewan Negara. This is a positive improvement. It is also hoped that the new president can reprimand ministers who use the text during the winding-up session of the King’s Speech debate scheduled for September 10.

The concept of empowering parliamentary institutions from the dominance of the cabinet needs to be upheld. However, he needs to translate this commitment so that it is truly realised, especially to ensure that the office is free from political influence and is fair to senators regardless of party.

The fact is, this session will slightly change the dynamics of the Senate, towards becoming a well-functioning institution. The competition in the election is a paradigm shift to restore the function of the Senate which, for many years, was seen as weak by the people. This momentum of change needs to be actively implemented by the new president.

The people also have a role in urging members of the Senate to carry out their duties with trust and truly bring forth the aspirations of the people. The responsibility towards the affairs of the Senate will also help this institution grow responsibly and effectively.

If the Dewan Negara sitting this time undergoes a significant change, of course, it will provide space to build the people’s awareness of the true function of the Dewan Negara. If it remains the same, then the role of the Senate will continue to be marginalised in the process of making national policies and laws in the future.

— Published in The Malaysian Insight on 3 September 2020.